The burger was launched to coincide with the increasingly popular "Veganuary" trend, which encourages participants to adopt a plant based diet, free of animal products, at the beginning of each year. Veganuary 2020 saw 400,000 people sign up worldwide, and Burger King hoped to participate with the Rebel Whopper, which was advertised as "100% Whopper. No Beef".

However, the British ASA has ruled that the advertising campaign failed to mention that the burger was technically not suitable for vegans or vegetarians as it is cooked on the same grill as the traditional meat-based burgers. The advertisement also failed to inform consumers that the burger was served with an egg-based mayonnaise, which contradicts the companies claims of a 100% plant based product. 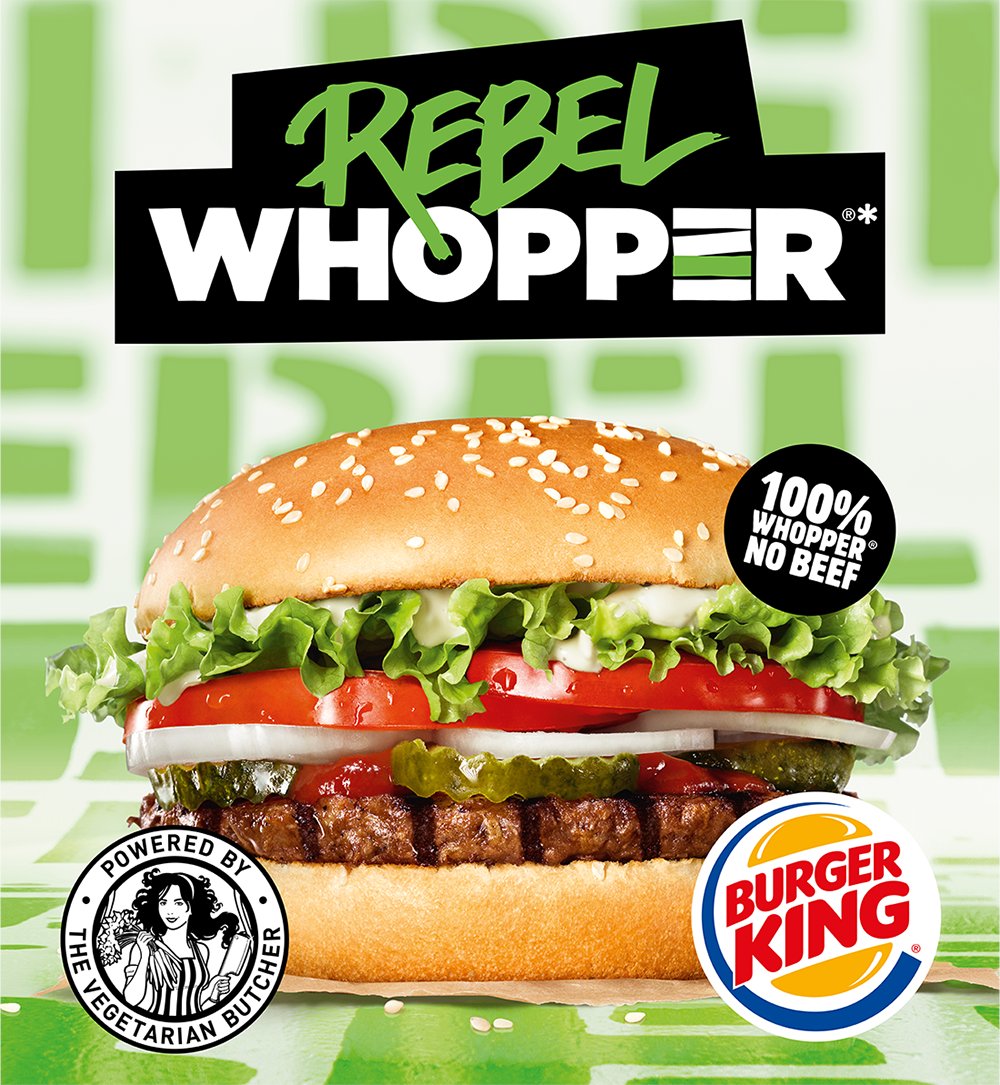 The ASA stated that "Because the overall impression of the ads was that the burger was suitable for vegans and vegetarians when in fact it was not, we concluded that the ads were misleading."

BKUK Group Ltd, the chain's parent company, said the small print indicated the burger may not be suitable for vegans or vegetarians, and that this had been communicated to journalists, on social media posts and in dialogue with customers. Burger King UK stated on Twitter and Facebook upon launch that "Ts & Cs Apply" and that within those terms and conditions, it stated that the burger may not be suitable for vegetarians and vegans.

BKUK also stated that the product itself consisted of a 100% plant-based patty supplied by the Vegetarian Butcher and that a customer who did not want mayonnaise could exclude it from their order. However, the Advertising Standards Authority found that the small print qualification of "cooked alongside meat products" was not sufficiently prominent to counter the impression that the burger was suitable for vegetarians and vegans. It added the small print did not refer to the presence of egg mayonnaise and was missing from one Facebook advert completely. It ruled the advert must not appear in its current form again.