The National Dairy Council is an Irish organisation who's mission is "To deliver real and unique value to Irish dairy farmers by protecting and promoting the image, quality, taste and nutritional credentials of Irish dairy produce." Their latest marketing campaign aims to bolster the image of cow's milk, as sales decline in the face of the meteoric rise of non-dairy and plant based alternative milks. Non-dairy milk will represent 40% of the US milk market by 2018, and is set to be a €28 billion industry by next year. No specific figures for Ireland could be found, but UK dairy milk sales are down £240m in the last two years.

Despite the Irish Cattle and Sheep Farmers association considering veganism as "Controlled malnutrition", the trend does represent a threat to Irish meat and dairy industry. This campaign appears to be the Irish Dairy Council's attempt to counteract a declining industry by, as their mission states, promoting the nutritional credentials of Irish dairy produce. Thus, the nutritional credentials of the Complete Natural campaign are examined below to test their validity:

The following health claims can be found on the campaigns website. It should be noted that no claims are backed up or linked to any third party site, or have any form of statistics or scientific study (be it credible or otherwise) cited. The site states that they have "gathered the data and crunched the numbers for you", but do not detail what this data is or what numbers they are referring to. In fact apart from the calorie, protein and calcium content of the products themselves, there is no actual statistical or numerical data available on the site.

1. Dairy Contains Good Fat
"Dairy does contain fat but it’s good and natural as part of a balanced diet."
A Harvard study which was published in the American Journal of Clinical Nutrition displayed several opposing facts to the above. When dairy fat was replaced with vegetable fat or polyunsaturated fat, the risk of cardiovascular disease dropped by 10% and 24% respectively. Replacing calories from dairy fat with carbohydrates from vegetables and fruits further reduced the risk of cardiovascular disease by 28%. This falls in line with previous posts on the benefits of a high carbohydrate, low-fat diet as the optimal diet for human health.

2. Milk Allergies
Milk allergies are "uncommon" and that most children "grow out of their allergies" by ages 3-5. It is also stated that lactose should be consumed "to promote tolerance"
75% of the world's population is lactose intolerant. This would make milk allergies common, rather than uncommon. Although the number is lower here, with 15% of the Irish population being lactose intolerant. As for consuming dairy products "to promote tolerance" in those who have a dairy allergy, the Irish Health Service Executive (HSE) states on their website that "The treatment for lactose intolerance is to avoid milk and dairy products," and actually goes on to suggest rice, almond, oat, soy milk and hazelnut milk as alternatives. Ironically, a 2011 study on the effect of cow's and almond milk on prostate cancer cells showed that cow milk promoted the growth of prostate cancer cells by 30% whereas almond milk actually suppressed the growth of cells by 30%.

3. Dairy Does Not Cause Acne
"Don’t blame your diet!"
Acne is a dermatological condition that effects 85% of adolescents in western countries but is nearly non-existent in non-western countries that do not consume milk or dairy products. A 2011 study on the acne promoting effects of milk concluded that the abusive over-consumption of mammalian breast milk (cows, like humans, are mammals) beyond the newborn stage of life is responsible for the acne epidemic and more serious chronic western diseases (obesity, diabetes, cancer).

Other site sections state generic health advice regarding health, weight loss and muscle building. These are stated without actually linking to dairy. The only link to actual dairy is the protein content contained in milk. Casein, which makes up 87% of the protein found in milk, has been shown to be highly carcinogenic, and is even considered by Dr. T Colin Campbell as "the most significant carcinogen we consume". Studies have shown its links to prostate cancer, ovarian cancer, and its increasing of IGF-1 (Insulin-like Growth Factor-1) in the body, which is heavily linked to several cancers. 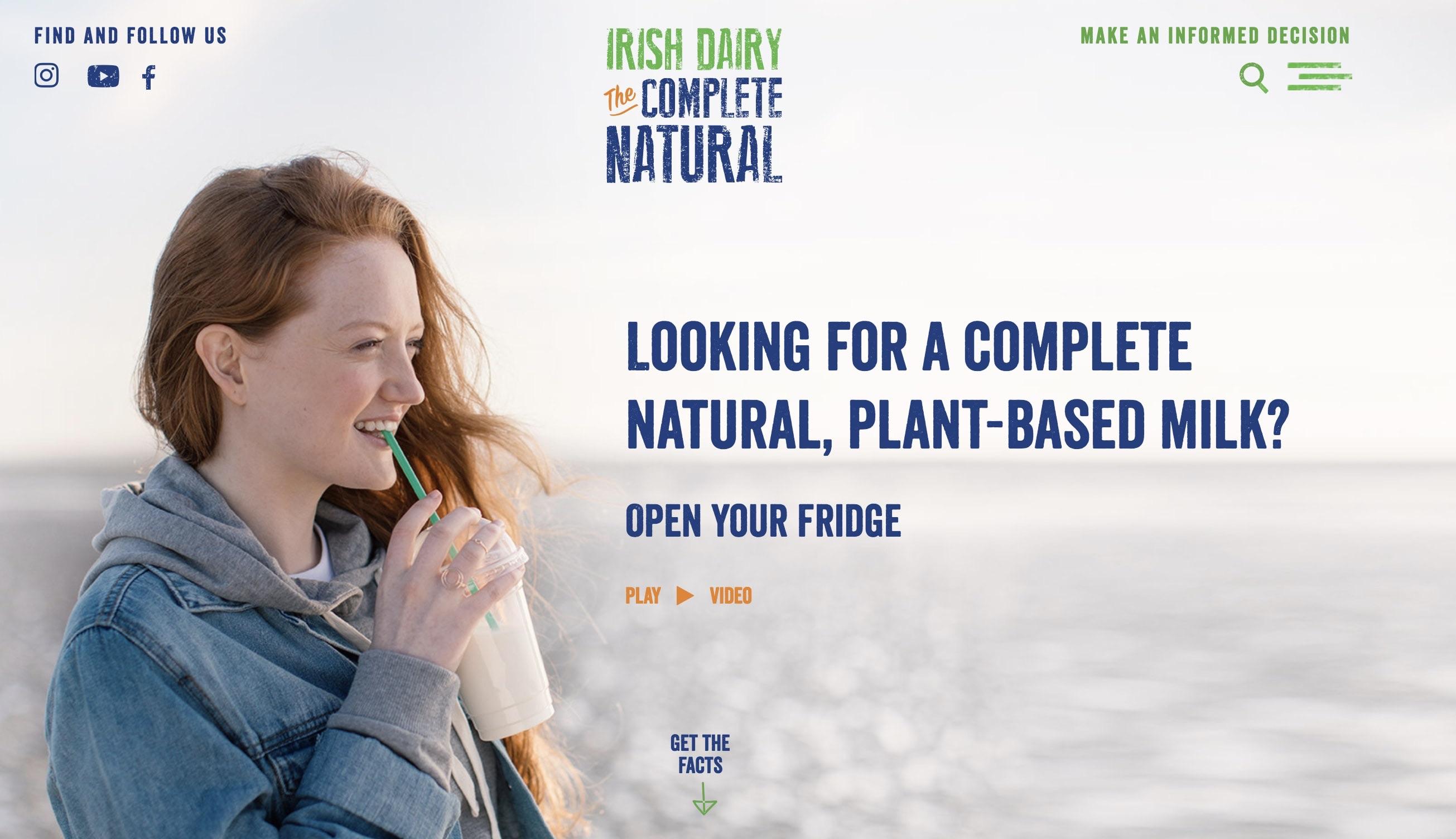 Dairy sales are declining worldwide, given the growing body of research linking dairy consumption to numerous negative health effects. The misconception of dairy as being imperative for strong bones has not only been dis-proven by research such as the Harvard nurses study, but the opposite has been shown. A study published in 2014 showed populations that consume more dairy have higher rates of fractures, and even that three glasses a day was associated with nearly twice the risk of premature death.

Campaigns like these are industries attempt to reverse or arrest the falling sales figures of their products. It is important to note that the workers in the IDC or the marketing agency that most likely created this campaign are not "evil", nor are they intentionally seeking to harm your health. Like all humans, their thoughts, values, and mindset are a product of the place and time they were born and raised. They simply have not been exposed to the information or data that directly opposes what they believe. To ensure that you are making the best possible choices for yourself and your health, visit our resource guide for documentaries, books, external links and more.

"Casien, which makes up 87% of cows milk protein, is the most significant carcinogen we consume"