It seems that every day there is a new plant based food product on the market. With meat consumption increasingly facing pressure from health, environmental and scientific communities both in Ireland & abroad, the plant based market is growing rapidly. Porter & Nash, an Irish plant based sauce company launched in 2019 is offering a range of sauces that they say are superior in both the taste and nutrition department. The sauces were developed as part of SuperValu's food academy, and thus are available in selected SuperValu stores.

The sauces are made with roasted root vegetables combined with Irish kombu seaweed. This combination of natural ingredients makes the products fat free, gluten free, with low levels of salt and naturally occurring sugars. The first three products launched in September last, garlic & thyme gravy, roasted root vegetable sauce & Balsamic & Caramelised onion. The company has 6 further flavours in production which will be launched in the near future. 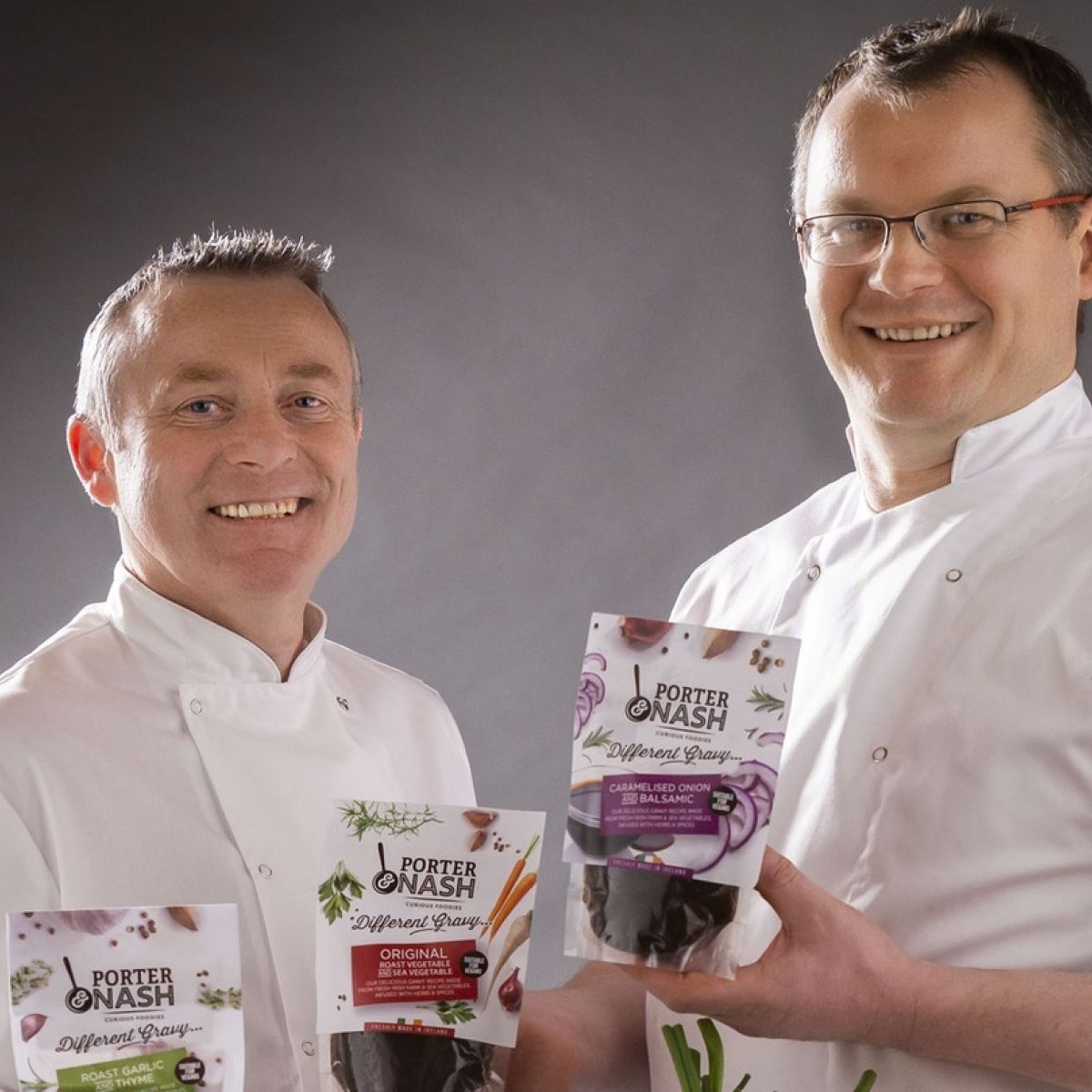 A Whole New Level Of Flavour

“The products have the appearance and texture of a meat based gravy or sauce and while they are aimed at vegans and vegetarians they are equally suitable for meat eaters. The volume of plant based products coming onto the market is growing but these products are often criticised for being dry and lacking in strong flavour. Our sauces can elevate them to a whole new level and will be of particular interest to nutritionally conscious but time poor consumers who are looking for a flavour lift for their daily dishes."

"They will also appeal to the home cook who wants to introduce a depth of umami flavours, a variety of nutrients and add a professional look to their dishes when entertaining,” Co-founder Gavin Cassidy told the Irish Times last month.

The founders, Gavin Cassidy and Eoin Lennon, are professional chefs with over 50 years combined experience in all aspects of the catering industry including training at 2 Star Michelin level. They believe that Porter & Nash Sauces are "right on trend with the growth in veganism and the recognition of the nutritional value of seaweed."

The volume of plant based products coming onto the market is growing but these products are often criticised for being dry and lacking in strong flavour. Our sauces can elevate them to a whole new level and will be of particular interest to nutritionally conscious but time poor consumers who are looking for a flavour lift for their daily dishes What Fruit & Vegetables Are In Season In Ireland? The EUFIC Have Launched An Online Guide

Finnebrogue Announces Plant-Based Product “Revolution” Finnebrogue, Ireland’s largest sausage producer, has announced a large scale expansion of its plant-based product range. The company, which turned over £90 million in 2019, has...