A plant-based diet and its associated philosophy directly oppose many areas of mainstream opinion, which is why its growing popularity is being met with such resistance. Mainstream opinion is formed through a combination of variables such as science, the diet industry, capitalism, modern information consumption, and religion, to name a few. It is important to understand how these variables interact to give you a context or perspective on how modern society operates, and ultimately how this influences our beliefs around nutritional and health. To echo the theme of the previous post, you must never look at something in isolation, be it a nutrient or information. You must also understand how it interacts with its environment and the other elements within it. 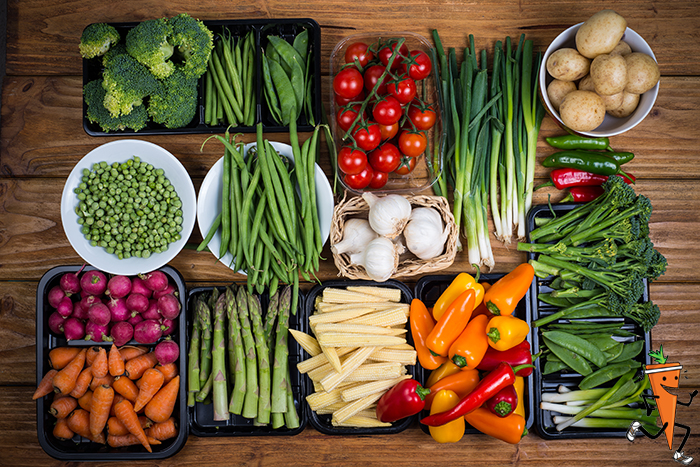 Understanding Something is Liberation From It

The importance of this understanding is even more apparent when exploring two key aspects of the diet and health realm as a whole: Firstly, there would appear to be hundreds, even thousands of diets which we could follow, each one claiming to be healthier than the last. As the final post in this series outlines, there is actually only 3 diets which are repeatedly sold under various brand names with different figure heads or spokes people (Usually social media personalities or celebrities). One of these 3 diets (high carbohydrate) is optimal for human consumption. Understanding this liberates you from the endless dietary cycle.

The second reason for understanding is to avoid going down the rabbit hole of the countless sensational online conspiracy theories against health, “evil” corporations or some form of hidden agenda to keep the general population in a constant state of sickness. Millions of these exist online in the form of books, websites, documentaries etc. I will not link any here; you may seek them out if you wish.

Understanding the World We Live In

The 4 areas discussed below are an integral part of the fabric of our society, and play a vital role in the formation of people’s values, and how they see the world. Plant-based eating, like women’s rights, black rights, the abortion debate, go against the dominant value systems of the masses at the time of their rising popularity. Value systems are shaped by culture, which in turn is influenced by education, religion, capitalism and so on. Each are independent of each other in an institutional sense (Banks, churches, schools are all sperate), but do indirectly influence each other as you will see:

If the earth is a piece of hardware, capitalism is the current operating system we are running. It is an every man for himself concept in which people must devote their time and energy through jobs, product creation, or service providing, to extract as much money as possible from the money cycle to survive. One must be aware of why capitalism does not reward the idea of a plant based diet: plants themselves cannot be patented or branded , anyone can create/grow them at home for free. You also cannot constantly release new books or updated products based on this framework. It is incompatible with the profit maximization and continual consumption principles of capitalism.

Science is humanities attempt to understand the natural world through observation and experiment . It is constantly evolving and changing its opinions and stance based on new evidence and discovery. We are an emergent society, as opposed to established, with emergent ideas. We must understand that anything we discover or create is not the final or ultimate discovery; it is simply the best we know of up to now. Whenprotein was discovered & declared the most important nutrient in 1839 it was the best information they knew of at that point; the discoveries and experiments of the last 178 years on the subject require us to re-evaluate this.

Depending on where you were raised, you may believe in whatever religion was popular in your environment growing up. Regardless of which God you worship, the religious concept teaches us that everything was made for man, as if we were placed in a giant Lego set with no instructions. We can do whatever we want, as the eternal supervising parent is always watching and will step in should we, say, attempt to swallow one of the bricks or get too destructive, and quietly guide us to act out a predetermined plan. Essentially, our fate / destiny is predetermined no matter what we do. Plant-based diets go against this paradigm; Our actions solely determine our outcome. For example, If you eat animal products every day, you will intake large amounts of dietary cholesterol, eventually give yourself heart disease, and die as a result. Eliminate dietary cholesterol intake, and you will halt and reverse heart disease. This is true regardless of your belief system, as your belief system does not alter your human physiology.

Nearly all information consumption is done online through apps, websites and social networks. Unlike traditional media which contains a wide variety of perspectives on multiple topics, digital media is governed by algorithms which show users content which falls in line with existing opinions, and content which goes against their viewpoint will not be shown. You are exposed to and consume information within digital echo chambers whereyou are only shown what you will agree with. This is because you will feel comfortable in this online environment, spend more time and potentially click more advertisements. This results in more potential revenue for the social network, site or app. If you like pages / images / video or have posted content relating to eating animal products in a positive context, you will never be shown anything Plant-based related, as it opposes or contradicts your viewpoint. It is important to note that this is not an evil mind control concept by an evil genius – it is the evolution of social networks over time and the move to maximize the monetization of a large user-base, as all online businesses do within a capitalistic society.

Plant-based diets oppose the dominant opinions and value systems of society. Other diets, such as Paleo, Atkins, and Keto / Ketogenic, all conformed with societies existing view of food and hence gained popularity quite quickly i.e. high protein is vital, animal consumption is necessary, limit or eliminate carbohydrates. These, along with other “diets”, are sold as books, products and so on by a diet industry which wishes to capitalize on a near $64 billion market. Capitalism does not set out to solve the problems of the world. Human well-being and benefit is never at the forefront of an industry or an enterprise. Thus, you must educate yourself on how best to navigate the tricky terrain and care for yourself, rather than indirectly out-sourcing it to external parties who may not have your best interests as a priority.